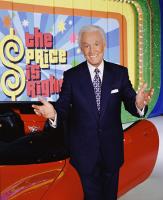 Some years ago I subscribed to Esquire out of curiosity and, in way, desperation. A couple of favorite magazines had fallen victim to the Internet, and closed up shop, leaving me  little in the way of bathroom reading. At $10 a year I figured why not check it out.

Turns out that once past the advertising, you can find some good interviews and well written stories on current events. I don't read the bulk of it, but have found it worthy enough to sustain the subscription. The regular feature I like most, and read almost every time, is a brief one page interview called "What I've Learned". These are typically excerpts of longer interviews, minus the questions... a bullet list of 1-4 sentence statements from an individual. The usually well-known individuals run the gamut of actors, businessmen, musicians, athletes, scientists, etc.

Over the years, I've torn out and saved the most interesting of these, pinned to a cork-board in 'the john'. The vast majority of have ended up being the musings of old guys. In fact, some of them have passed since their interview. Maybe it says something that I haven't found the wisdom and reflections of people my age or younger to be worth saving.

Some excerpts below. [go to Esquire for complete articles]

"Getting older is an adventure, not a problem."

"Blond. Small breasts -- so you can get closer."

"Compassion in war is when you shoot somebody, you hope the fella doesn't feel any pain. Or if he does, that it doesn't last too long."

"I don't try to always get a laugh. I enjoy helping other people be funny. One of the nicest letters I ever got was, after a show, an elderly lady wrote me and told me, 'I've never been as funny as I was that day.' That day I earned my money."

"There are three things I do: I do three or four crosswords puzzles every morning. It really keeps you sharp. Whenever I have time, I'll do transcendental meditation. But most of the time, I do a kind of exercise that's my own, and it's very weird: I pick a show from my past or a period of time in my past and I try to remember everyone who was involved at the time - their names and everything about them. That's my mental exercise, and I hope that's the thing that that'll keep me from getting Alzheimer's."

"If you don't know your gift, you got no lift."

"I'm eighty years old. Eighty fucking years old. I don't feel any different now than I did when I was thirty. And here I am, sitting next to you now, with all my faculties. Some areas, I'm not what I used to be. My feet hurt. I don't pee on time. My eyes are going. My hearings going. So I've gotta take care of those things. But I'm lucky. I have no disease that's going to kill me -- not yet. Dying, I just don't feel like it."

"I remember the night I first talked to Dean about wearing tuxedos in our act. He said, 'Why a tux?' I said, 'If you're on the Bowery and see a guy in a street suit, if he falls down, you'd just say he's a drunk. But when you're in a $1,500 tux and you hit the floor and come up with dirt off the dance floor -- that's funny.' We never, either of us, performed again -- ever -- without a tux."

"If you're not nervous, you're either a liar or a fool. But you're not a professional."

"Don't come telling anybody they're wrong until you can tell them how they can be right."

"You can't stop everything from happening. But we've gotten to a point where we're certainly trying. If a car doesn't have four hundred air bags in it, then it's no good."

"As you get older, you're not afraid of doubt. Doubt isn't running the show. You take out all the self-agonizing"

"The day your curiosities die, your life is over."

"Freedom without responsibility is chaos."

"The moment you think you're somebody, you're nobody"