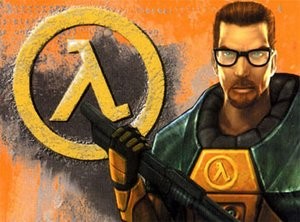 PC Gamer magazine recently published its 'Top 100 Games of All Time', compiled by having each one of their staff, and other experts, submit their individual ranked Top 15 lists... and so on.

In that vein, let me submit my own Top 15. I'm old school, still clinging to RPG and turn based games. I haven't had a chance to try all the new cutting-edge shooters but here we go, in no particular order:

Half-Life 1 and its mods, Counterstrike, etc (1998 Valve): Being mostly an RPG and turn-based gamer doesn't mean I don't appreciate games that are flat-out good. HL1 had a great story, first-person shooter gameplay that was not painfully repetitive, and incredible multiplayer functionality. Why not Half Life 2? HL1 was more a 'ground breaker' in multiplayer gaming and it was low maintenance. There used to be a rotating group of of us that would play after work. We didn't need any physical disks (and ultimately only one original copy), we didn't each need to purchase a copy just so we could play an hour or two a week,  and we didn't have to log on to the Steam Mothership to play... and Campers Suck! 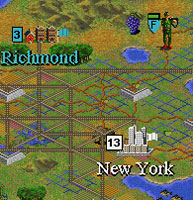 Master of Orion (1993 Microprose): Likely still the best space-based, turn-based, strategy game evah (even though Galactic Civs fills the hole well). Not sure whether MOO1 or MOO2 was better (MOO3 doesn't count). MOO was the first strategy game I ever played, and the only game I continued to play over and over and over, all possible combinations, for roughly a decade. I think it was originally Robb's game, and it was installed with floppies. I'm looking forward to the possiblity of Stardock (Galactic Civs, Sins of a Solar Empire) making a fourth iteration... they are the only ones that could do it right. Watch out for those 99,000 ship fleets!

Myst (1993 Cyan Worlds): My first graphical game, played on Robb's PC... sometimes all night long (never had my own PC until '95). I was completely hypnotized by it.

Civilization II (1996 Microprose): I've played pretty much every Civ game, including SMAC, etc. It's arguable which is better, most might say IV. However, Civ II is the one I killed buckets of time on and played as many cultures & mods as I could. One... more... turn... 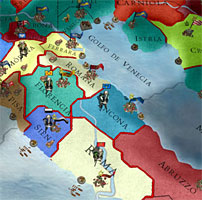 World of Warcraft (2004 Blizzard): It makes me sick to realize, that during its first two years, I literally wasted months of my life on this game. I'd played other MMORPGs, but at the introduction of WoW I thought, 'now here's a game that even casual gamers can enjoy'. But... it has evolved into what every MMORPG does, a game designed for the folks who use it as a substitute for job & family. With regard to raids... uugh... no way. But still... *pounds head on desk*... awesome game.

Europa Universalis III (2007 Paradox Interactive): World Domination writ large (covers 1453 - 1789). I've played all the EU games, and they were all good, but EUIII with the subsequent add-ons is near perfection. There are few games more difficult  to learn, but also no more satisfying game to master.  If you are a history buff, like turn-based games, like to micromanage EVERYTHING, and want to DOMINATE THE WORLD!!!... this is it... and, no better chance to lead Ireland to its rightful occupation of England.

Rome: Total War (Creative Assembly 2004) - Somewhere between EU and Civ lies Rome: Total War. Not as time consuming & difficult as EU. Incredible real-time battles of such detail that you will not find their equal anywhere (except sequels). A better game than its successor, Empire Total War, IMHO. 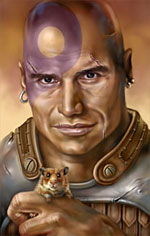 Baldur's Gate Series (1998 Bioware/Interplay) - Arguably the best RPG ever made in terms of depth. The story was engaging and the writing was great, using NPCs for some comedy relief. Go for the eyes, Boo, go for the eyes! Baldur's Gate II was actually better than Baldur's Gate I, but you could carry your character over and many NPCs were common, so play them both. Buy from GOG.com.

Neverwinter Nights I (2002 Bioware) - AD&D based RPG with a HUGE online community. NWN1 was nearly limitless. You could go online at any time and pull down high quality, and free, adventures based on this engine. You could also find persistent worlds (like MMORPGs but with a much smaller population in this case) based on NWN. I played on one of these (Avlis) for nine months. NWN1 was better than NWN2 (different game company), but NWN2 also had a significant community.

Mount & Blade (2008 TaleWorlds): A weird mix of RPG,  strategy and real-time battles on horseback... yeah, on horseback. During the real-time battles you can issue squad-level orders (probably the best you could manage in olden days), but you also control your avatar which will likely be on horseback... and horses don't make right-angle turns... and they can get knocked out from under you. If you're not fighintg from a horse, you're storming a castle... on foot... dodging arrows... trying to climb ladders... with a hundred other guys. The base game is a rush to gain the army, experience, stature, and NPCs to withstand an imminent invasion by a force stronger than anything you've fought before. The game can be highly modded (e.g., you could play Roman Era, 17th Century England, or even Middle Earth). Very addicting. 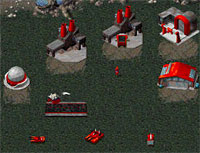 Eve Online (2003 CCP Games): Possibly the most impressive & awe-inspiring MMORPG there is, and although it takes place in space.... more like real life than any other. The entire player base inhabits one instance of the game (they set a record of over 56,000 people online at one time recently). It is a VAST universe ("more than 5000 interconnected star systems, as well as 2500 randomly accessible wormhole systems"). Player corporations fight for control of solar systems, resources, blueprints, ships, and other elements. There is drama, intrigue, fear, corruption, back-stabbing, and a sophisticated economy... for the most part, all driven by players. The political map changes on an almost weekly basis.

Dragon Age (2009 Bioware): The return of the epic sword & sorcery RPG, where story matters more than body count, NPCs have a sense of humor, and the bad guys are really really ugly. The 'spiritual successor' to Baldur's Gate. Of course, it's made by Bioware. Looking forward to its continued development. 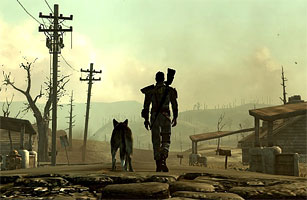 Fallout 1 & 2 (1997 Black Isle Studios/Interplay) & Fallout 3 (2009 Bethesda): It's a cheat to include all three of these as my last pick. FO3 was made by a completely different company than FO1 & FO2, and is a much different and more modern game. However, while FO3 is one HELLUVA game... without FO1 & FO2 coming before it... it's just another very good game (some would say Oblivion with guns). All three are RPG's set in post-nuclear America with a distinctively retro-50's ambience. FO1 & FO2 were clunky, buggy, turn-based masterpieces of pixelated bloodbaths, offbeat humor, and well-written dialogue. It was created by the team also responsible for the AD&D based Planescape Torment (which should probably be on this list) and Icewind Dale games (some of this team went on to Obsidian to make NWN2). With all its flaws... awesome.

With FO3, Bethesda stayed as loyal as they could to the original spirit while trying to bring it up to speed with new standards & a new genration of gamers. It has its humorus moments, it kept VATS around as an homage to turn-based combat, and you still have the hopeless task of trying to keep Dogmeat alive. Not bad... and with a couple mods here and there... BOOBIES!!!