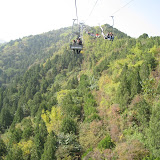 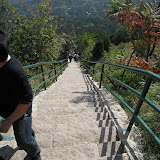 FH - The Way Down 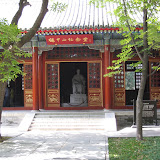 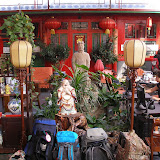 Sitting on the City Walls Hostel 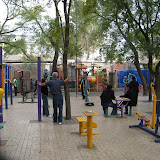 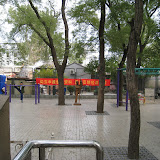 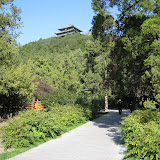 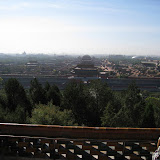 The Air China flight was pretty dismal. I was looking forward to riding on Air China because I despise flying United internationally. As mentioned before, international flights seem to be treated as a seniority gig for United. It’s the landing place for the most unfriendly, geriatric and overweight of flight attendants. Since I usually sit on an aisle I’m constantly subject to being jarred as they try to sidestep their bulk down the aisle, then receive the evil eye if they don’t think I accommodated them enough or as they refuse my request for a ‘double’.

Air China’s international flights on the other hand are staffed by friendly, 20-30 something year old Asian gals who could really use a sammich. I also recalled Air China as running a pretty up to date fleet. That must have been the LAX route though because this thing was quite frills free. No adjustable air vents, horrible sound, only a single (mostly obscured) movie screen, and battered seats. Combined with being assigned a frickin’ window seat, I was not living the high life. It still beat my last United flight though.

The new Beijing Capitol airport was nice looking but it’s one heck of a walk to baggage, in addition to a tram ride. NOTE: If you need to exchange dollars for yuan, wait until you get to China. SMF was 5.8 yuan to the dollar, BJS was 6.659. In the fixed days (3 years ago?) it was 8 to 1.

Finding the hostel was once again a challenge. It did not take as long as last years’ wild ride through hutongs under various degrees of destruction, but it was a bit more intimidating. “Sitting on the City Walls Inn” was a little deeper into the hutongs with no taxi access at all. So, I wandered for a bit, burdened with gear, through a Beijing hutong in the pitch black of night. A couple locals helped out with plenty of pointing, and after walking by the place at least once, I finally took a chance of ringing the bell at a rather non-descript red door with some note taped to it about the return of the swallows to the hutong. Good guess.

For the record, “Sitting at the City Walls” is a great hostel with towel service, laundry service, fast hot water, wireless access, good dumplings and 50 cent cold tall beers. Although hard to find on the first visit, the location could not be better unless you were actually staying in the Forbidden City. It’s located directly to the south of the HouHai bar area and right on the backside of Jingshan park, which is across the street from the north entrance to the Forbidden City. It is a traditional hutong courtyard residence centered on a relaxing and peaceful common area.

I didn’t do anything else tonight except to shower up, have a couple beers and devour a dozen or so pork dumplings.

This morning I waited at the hostel for a good deal of the morning, as my train tickets for the 16th were being delivered at 10:00am. Also, it was a good opportunity to catch up on a couple days of news and suck down some coffee.

Afterwards, it was off to Fragrant Hills. Fragrant Hills is an old imperial retreat founded in 1186. It’s at the foot of the Western Mountains, about 20km outside of the city. It’s now a second or third tier tourist attraction that’s of very little interest to non-Chinese with limited time to burn. Since 2003, my friend Erica (recently moved to Kyrgyzstan from Beijing) has been telling me what a great place it is, and since I’ve seen all the big name sites in Beijing it seemed like the time to go.

Fragrant Hills is especially known for its foliage (natural pine and cypress forest, hills with maple trees, smoke trees and persimmon trees) which turns much of the area into a deep red during fall time. The area is dotted with the usual historical & religious structures . It also ranks as a sadistic pilgrimage among the Chinese, with old and young alike determined to climb the couple thousand very steep steps leading to the summit of Incense Burner Peak (1827 feet). Hundreds of people will be involved in this task at any one time, and many seem to have canes available just for the occasion. The three pathways up are littered with sweating bodies slowly climbing or standing off to the side trying to catch their breath.

Not for me my friend! Fortunately, a cable car has been installed. While most Chinese still choose to hoof it, this waiguoren didn’t bring enough clothes to allow me to shower and change after every site. I did walk down though, and I have nothing but respect for the older folks that were determined to drag themselves up there. Even walking down took over an hour without breaks, and these were not regular steps… some might be three inches tall, others over a foot.

There's also a Sun Yat-Sen memorial here. As founder of the short-lived, mainly southern, Chinese Republic, he was on his way to Beijing in 1925 to make a speech but died on the way. For some time, his body remained here in state.

During the roughly 4 hours that I was at Fragrant Hills, I saw one white couple (but not American), and one black guy. Last note: Fragrant Hills has also been sacked twice by the Western Powers, as have most imperial locations in Beijing.

Later that night I met Wei near Sanlitun for some hot pot (beef and squid). Very spicy stuff and unlike anything I had before. We walked around the Sanlitun Bar Street a bit after that. It has changed dramatically since I last saw it in 2006. It’s almost ‘swanky’ now, thanks especially to the Olympics overhaul. I was pretty poor company though and having a hard time even keeping my eyes open. Hit the sack before ten which is pretty typical for me on the first couple days after a trip across the Pacific.

No plans today, except to hang out at Jingshan Park for a while. I got up early and started walking around the Hutongs and such. I ended up walking for about six hours, but I didn’t take too many photos. I’m not real brave with the camera and feel uncomfortable taking pictures of people without asking, and of course, once you ask the moment is gone… so I just don’t bother.

I did get a couple photos of a local park later in the day. There are small parks all over Beijing that have all manor of exercise equipment. First thing in the morning these things are standing room only with folks stretching, playing ping pong and using the equipment.

Jingshan Park is also one of the best places to relax, walk around and watch Beijingers doing their thing, like: playing hacky-sack, ballroom dancing, sword dancing, playing cards, etc. I’ve been here before so you can look through old pictures to see folks at play. Last time I was her though, the temple on the top was closed for repairs so I didn’t get those pictures on the previous trip.

Most of my walking was north of the Forbidden City and almost all of it was in the vicinity of Hutongs. This area is really quite striking as most of the main streets are still lined with mature trees. The age and unpredictability of the Hutongs is part of their appeal, however, if at some point Beijing paid as much attention to their restoration & maintenance as they have to developing vacant office space, this area would rival the most beautiful of capital cities (as evidenced by Hutong areas adjacent to the urban lakes).

Brother Cody arrived in Beijing tonight. I waited out on the main street for him at around 10pm because I was pretty sure he’d get lost. Fortunately, I only had to wait about 15 minutes.

On the 16th we’re headed to Guangzhou on an overnight train.