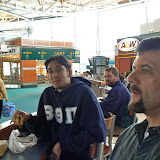 This trip started out as my third solo trip to China (fourth trip total). By six weeks out, I still hadn't decided where I was going, but chances were good it would be either Tibet (far west) or Xinjiang (far northwest). However, right before 'pull the trigger' time, Gopsdragon decided he wanted to tag along. Later, my brother Cody also decided to go.

Gopsdragon needed the 'budget trip' to China though, trying to pin me down to $2000, which pretty much eliminated either of my 'far end of China' scenarios. Further, if you're a China virgin you have to see the Great Wall and the Forbidden City, otherwise why bother. But that was the extent of my compromising to cover old ground, anything else had to be new to all of us. 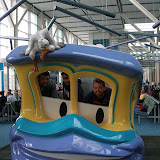 I put together what I think was a pretty balanced itinerary highlighting the diversity of China... a capital city that's modernizing but steeped in history and politics (Beijing), an ancient city (Ping Yao), a modern Chinese city (Hangzhou), and a rural Chinese town (Yangshuo). There was also good contrast between North and South as Beijing/Ping Yao are both a good 1600km north of Hangzhou, and Yangshuo is another roughly 1600km SW of Hangzhou... big difference in climate.

We'd also be trying out a different airline and let me just say, my initial impression is that Air Canada sucks.

Maybe I'm too opinionated but I think that if you are going to be a United flight attendant you shouldn't be wider than the aisles, unavoidably bashing every frickin' aisle passenger each time you walk the plane. Also, since you're able to move around a bit, perhaps you shouldn't be visibly grumpier than the passengers who are form-fitted and squeezed into undersized bucket seats for 13 frickin' hours!

I will say that Air Canada's attendant service beats hell out of United. They were friendly, pleasant, and reasonably fit for their jobs. However, at least on the way to China, they put you on the smallest possible plane. I thought Southwest was a "cattle call" but they're slouches compared to whatever Airbus POS this was. The most uncomfortable flight ever and I was on an aisle. Gopsdragon had a middle seat! No overhead fresh air blowers either? WTH!!!.

Secondly, they only showed one marginally watchable movie, "Oceans 13". The second movie was an account of the "Battle of Trafalgar", written from the perspective of... THE FRENCH LOSER!!! The third movie was some kind of slapstick Chinese movie that took place almost entirely at a Mahjong table. :nuts:

Finally... the main language of Air Canada... FRENCH!! Everything is translated into three languages, English, Chinese and French, as if someone flying from Vancouver to China is going to speak French... but not Chinese or English. Seriously?